How to swap pTokens TLOS to Telos Native and Telos EVM

This is a guide to assist anyone holding pTokens TLOS to get access to their underlying asset.

If you still have questions or prefer to get help directly from an agent, please submit a request.
We’ll get back to you as soon as possible.

pTokens can teleport any token to a different blockchain, without frictions. Liquidity unchained!

Every pToken is transparently pegged to its respective token. It is a trustless 2-way peg. Anyone can deposit on the relevant pTokens smart contract a certain amount of the underlying asset (such as TLOS) and request the equivalent 1:1 pegged pTokens representation (such as pTLOS)

pTokens is not an EVM. It is a cross-chain bridge.

A. To Telos Native:

1. Go to https://dapp.ptokens.io/swap?asset=tlos&from=eth&to=telos
2. Connect your Ethereum MetaMask Wallet and Anchor Wallet in the pTokens dapp

3. Make sure you can see your pToken TLOS under FROM:

4. Select Telos Native under TO: 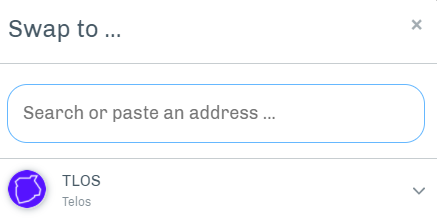 5. Your native telos account ID should be visible under 'address'.

The steps are the same as for Telos Native, but make sure tEVM is selected and the 'TO' address is your Telos EVM address (not a native one) . 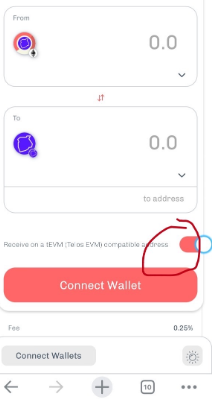